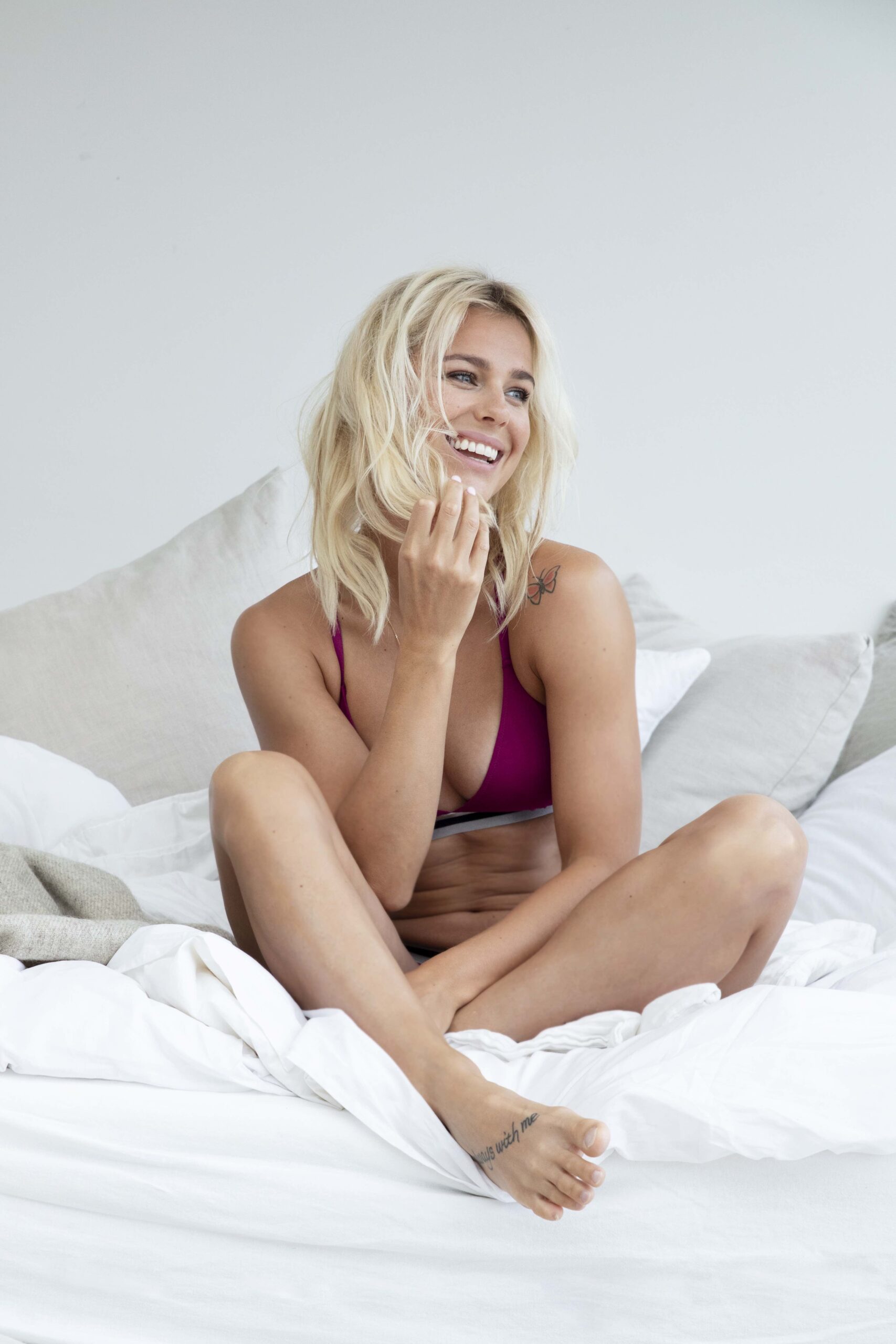 Pernille Blume has competed in 5 different events at the Olympic Games London 2012. While she did not take a medal, it did gave her a taste for competition.

The same year at the World Short Course Championships, she and her teammates won Gold in the 4x100m medley relay, and Bronze in the 4x50m freestyle relay.

In 2014, they won Gold Medals again in the same two events

Blume also added a Bronce as the anchor of Denmark’s 400m medley relay.

Blume won a Gold Medal at the Olympic Games Rio 2016 in the women’s 50m freestyle.

The first Olympic Gold Medal won for Denmark since the Olympic Games London 1948.

At the closing ceremony of the Olympics, she was the flag bearer for her country.

At the 2017 World Championships, she won an individual Bronze in the 100m freestyle event.

Blume continued to medal individually and as part of a team at the European Championships.

In March 2021, her 50m freestyle was the 2nd fastest recorded time at the Open de la Méditerranée and finally she won the bronze medal in the TOKYO Olympic Games 2020.

In 2020 she launched her own lingerie line with Danish Edurance; ‘Danish Endurance x Blume’.

Pernille has also featured in co-labs with Julie Sandlau for ID:Fine and ONLY Jeans.

Her beauty is hard to overlook and her smile is so contagious. But when meeting her, you best remember her for her inspirational and kind personality.